Your lifestyle influences your baby and future generations!

Why alcohol and caffeine should be avoided:

Alcohol consumption decreases fertility and increases the risk of miscarriage. Alcohol consumption at high levels can result in foetal alcohol syndrome.  Further, World Health Organisation findings have established that even small doses of alcohol during pregnancy may have an impact on children’s cognitive and socio-emotional development. The most vulnerable time for the unborn child is the first few weeks after conception, when often the pregnancy has not yet been detected. Levels as low as one drink per week have also been associated with reduced conception rates and increased pregnancy loss through various effects such as anovulation, luteal phase dysfunction, delayed conception, abnormal blastocyst formation, risk of spontaneous abortion and foetal death.  Heavy drinking in men can cause testicular atrophy, decrease libido, reduce the quality and quantity of sperm, also affecting hormone levels, in particular testosterone. However, these effects are reversible, so cutting down on alcohol over several months can improve sperm quality.

Current evidence is inconclusive regarding what dose of alcohol may be safe to consume prior to and during pregnancy, making it difficult to predict the risk. With this understanding, the safest measure to take is to avoid all alcohol during, or when planning, a pregnancy. If this is too difficult for you, prospective parents should limit their consumption to a maximum of one unit in 24 hours – it appears to be the volume of alcohol rather than the frequency which has the most impact (so, one unit per day may be okay, but 7 units during the weekend is not).  As sperm take 80–100 days to develop, ideally allow four months for alcohol to leave your system before trying to conceive.

Consuming caffeine is associated with an increased time to conception and research suggests that the risk continues to rise with increased caffeine consumption.  Several studies have shown that 300mg of caffeine a day increases the time to conceive and increases the chance of miscarriage/stillbirth; other studies have shown an adverse effect at lower doses.  Recent reports suggest that an excessive amount of caffeine can reduce and retard the quality of sperm a man produces. As little as 3 cups of coffee a day can have a seriously detrimental effect.  Thus, the recommendation has been made that people trying to conceive limit their caffeine intake to the equivalent of less than 2 cups of coffee each day (300 mg caffeine is equivalent to 3 cups of coffee or 3–6 cups of tea or 10 cans of cola). Remember energy drinks, some soft drinks and teas as well as chocolate also contain caffeine.

Many potential threats to reproductive health are encountered in everyday life through exposure to various chemicals and radiation in the home and work environment. People who are planning to become pregnant should increase awareness and attempt to reduce exposure to chemicals and radiation. Chemicals you are exposed to include cleaning products, cosmetics and hair dyes, not just industrial pollutants.

Free radicals are toxic metabolites that can impair the ability of sperm to fertilise and can damage the DNA contained in the head of the sperm. These toxic substances are found in a number of environmental chemicals that we are exposed to. Blocking the free radical damage by the use of anti-oxidant preparations can be a useful management option if increased DNA damage is thought to be a contributing factor.

The exposure of environmental contaminants, particularly during critical periods of development (such as before conception and during pregnancy), have potential effects on all aspects of future reproductive health throughout the life course, including fertility, conception, pregnancy, child and adolescent development, and adult health.

Heavy Metals: Heavy metals include lead, mercury, aluminium and arsenic. There are many studies which demonstrate that heavy metals alter hormone levels, decreasing overall fertility in both men and women. They have also been shown to cause miscarriages, stillbirths and pre-term delivery.

Pesticides, Endocrine Disruptors and Other Chemicals: Many of the chemicals used worldwide in today’s society, including pesticides, insecticides, plastics, and some cosmetics act as endocrine disruptors and may have various damaging effects on the reproductive health of both men and women. Mimicking natural hormones, impeding normal hormonal activity and varying regulation and function of the endocrine system are a few of the many ways that endocrine disruptors influence the body.

Radiation: Exposure to various kinds and amounts of radiation can ultimately affect fertility. This is due to the sensitivity of germ cells to x rays and gamma rays. Cell phone usage has been linked with decreases in progressive motility of sperm, sperm numbers and morphology. One study evaluating 52 men demonstrated that men who carried a cell phone around the belt line or hip region were more likely to have decreased sperm motility compared to men who carried them elsewhere or who did not carry one at all.

Don't place a laptop computer directly on your lap, or carry your mobile phone in your trouser pockets.

When trying to conceive:

Regular moderate exercise (1 hour, 3 times per week) can benefit overall physical, emotional and general wellbeing which has a positive effect on fertility. However, excessive exercise can negatively affect fertility in both men and women. A study examining 2,232 women undergoing IVF found that women who engaged in cardiovascular exercise for 4 hours or more per week for as little as one year prior to the treatment had a 40% decrease in live birth rate.

For men, excessive exercise should also be carefully considered, especially with regard to testicular heat which negatively impacts sperm health.  The scrotum is designed to be several degrees below core body temperature for normal sperm production.  Increased scrotal temperature can hamper sperm production. To protect your fertility, don't wear tight underwear or athletic shorts. If you bike or remain seated for long periods of time, take frequent breaks.   Men should avoid hot tubs, saunas and steamy baths.

Be cautious with prescription medications. Calcium channel blockers, tricyclic antidepressants, anti-androgens and various other medications can contribute to fertility issues. Anabolic steroids are particularly effective at closing down sperm production.   Chemotherapy drugs and radiation treatment for cancer can cause permanent infertility. If you're considering medications, ask your doctor about the impact on your fertility.  For men, there may be a possibility of retrieving and storing sperm before treatment.

Marijuana is one of the most commonly used recreational drugs around the world and acts both centrally and peripherally to cause abnormal reproductive function. In males, cannabinoids have been reported to reduce testosterone, inhibit sperm production, cause sperm to be misshapen, decrease spermatogenesis and decrease sperm motility.  In women, use of marijuana can negatively impact hormonal regulation and affect the egg and embryo movement through the oviducts.  Marijuana and its cannabinoids have been reported to negatively impact placental and foetal development.  Cocaine and heroin also interfere with healthy sperm.  The effect of synthetic drugs such as methamphetamine (‘P’) is less known. 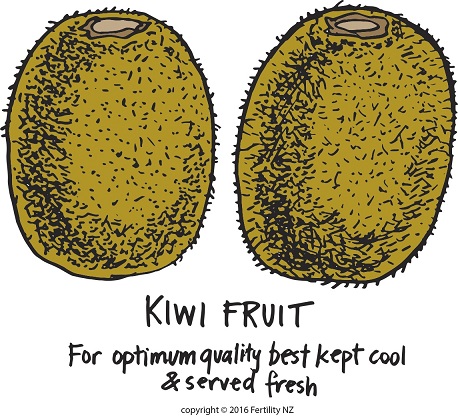 Cigarette smoke contains several thousand components including nicotine, polycyclic aromatic hydrocarbons and cadmium, with diverse toxic effects.  Cigarette smoking is associated with lower fertility rates - in fact it halves the chance of pregnancy per month, with both natural conception and IVF.  Cigarette smoking halves the chance of pregnancy per month, naturally and with IVF.  Exposure to cigarette smoke, active or passive, impairs every stage of the reproductive process in women, such as hormone production, embryonic development and implantation and placental formation. This appears to be mainly due to the reduction in blood flow in the uterus.  In men, deterioration of semen quality appears in direct proportion to quantity of cigarettes smoked. It can decrease sperm counts, impact movement and lead to DNA damage.  Smoking increases susceptibility of sperm to oxidative damage, possibly due to cadmium and the myriad of other harmful substances present in cigarette smoke.

There is also a higher incidence of erectile dysfunction in men who smoke. Further, smoking is a major cause of preterm births and low birth weight babies.  It is also associated with an increase in spontaneous abortions.

Stress can decrease sexual function and interfere with the hormones needed to produce sperm as well as egg development and healthy menstrual cycles. There is an association between increased levels of psychological stress and impaired reproductive performance. It is difficult to confirm a cause and effect relationship because the major measurements of stress are subjective and there is lack of consensus in defining and measuring stress levels. There is also some evidence of a negative effect of increased levels of stress and IVF success. It is advisable to have some awareness as to how stress may be affecting your health and find ways to reduce it e.g. exercise, yoga, rest and relaxation, mindfulness, meditation.  These  techniques may also keep your life in balance whilst you are trying to conceive.