Webinar - Age and Fertility
John Peek PhD presented a webinar entitled 'Age and Fertility' on Tuesday 10th May, 2016.  The presentation looked at chances of conception via naturally or via ART at various ages, options for people at various stages and treatments available.  The presentation was followed by a Q&A session.   The webinar is available to view here  (note: audio quality is poor only for the first minute or two)

Know your mother’s age at menopause, or have an AMH test

Mother’s age at menopause can help improve the prediction of your likely age at menopause.  If your mother was younger than 50 at menopause, you may be advised to take an AMH test or consider trying to conceive earlier.  Note that egg quality declines significantly in the 10-20 years prior to menopause – menstruation does not mean that you are likely to become pregnant.  Fertility virtually stops 5-7 years before menopause. 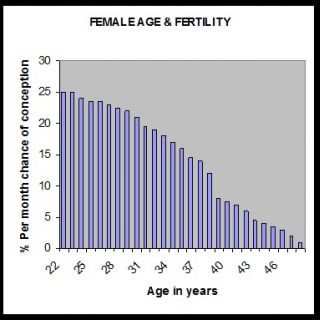 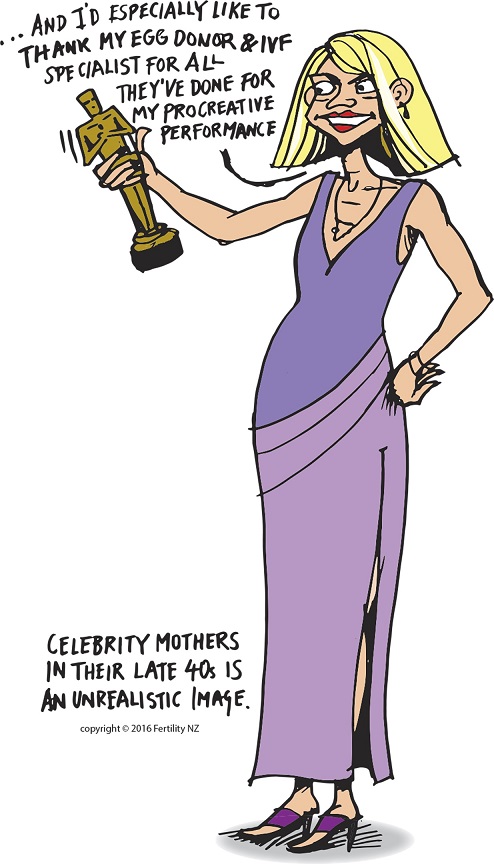 A man’s age is also significantly related to fertility problems.  Overall, male age is associated with a decline in semen volume, sperm motility, and sperm morphology.  Among studies that controlled for female age, comparisons between men under 30 and men over 50 found relative decreases in pregnancy rates between 23% and 38% (1).

Sperm motility and the number of healthy sperm might decline after age 50, affecting a man's fertility. Some research suggests that women who become pregnant by older men have a slightly higher risk of miscarriage. A father's increasing age has also been associated with a higher risk of both autism and schizophrenia in children.