My struggle with fertility started back in 1993, when I was 19 years old.  One day during a game of softball at Uni, I fell ill and was in a lot of pain.  They brought me to the hospital and discovered that I had a cyst surrounding my right ovary.  I had an emergency operation that removed the cyst (which thankfully was benign) and with it my ovary.  During this time, I was diagnosed with Polycystic ovary syndrome or PCOS.

10 years later, I married the most amazing guy and my best friend, Nap.  We tried to conceive naturally but wasn’t successful.  In June 2013, at the age of 39, I spoke to our GP and she suggested that we try the IVF way.  She made an ultrasound appointment for me which resulted to the discovery of Uterine Cancer, stage 1A.

I was then scheduled for Hysterectomy in November of 2013, on Nap's birthday to be exact.  I was lucky enough to go through one round of IVF a couple months before my operation.  They got 8 eggs but out of the bunch, only one became a successful embryo (which is still in cryo storage).

I did treatment for my cancer and have been cancer free for the past 4 years.  I am happy I was given a second lease on life and we still have 1 chance to have a family.

However, it is not that easy for us.  Until now, we have been struggling to find a kind-hearted women who are willing to be our gestational surrogate.  I even tried putting up a little poster at my GP’s bulletin board since 2015, but still no takers.  Majority of our New Zealand based Filipino friends are in their 40s and 50s.

Growing up in the Philippines, which is a very conservative and religious country, views on surrogacy is very much ‘taboo’.  Conceiving a child naturally is the right and only way.  People tend to judge you if you go the IUI / IVF way.

I’m now 46, and I’m still praying to still be called ‘Mum’ one day.   But time is not on my side.  In the next few years, I have to start accepting the fact that my journey to motherhood will not at all happen.

But, I still hope and I will not stop hoping.

Discovering that there is an issue with your ability to conceive, or retain a pregnancy, can be traumatic.  For more information on infertility diagnoses, click here. 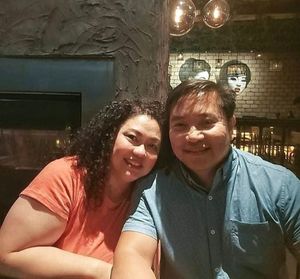 "Growing up in the Philippines, which is a very conservative and religious country, views on surrogacy is very much ‘taboo’.  Conceiving a child naturally is the right and only way".

Learn about Donation and Surrogacy here.