Nick and I got married when I was 29, and we decided then to stop using protection and ‘see what happens’.  Well, nothing did happen.  After a few years, we started to think that we should go and check that everything’s working as it should be.  We were both checked out and passed all the tests – no issues were found, so given we had ‘unexplained infertility’, the doctor told us to go away and keep trying.

A few more years passed, but still no baby.  We looked for help, and our clinic told us that we qualified for public funding, so we started on IVF.  I had my eye on the prize, and was prepared to do whatever we needed to do.

In my mind, I didn’t think it was going to happen with the first IVF.  The doctors had explained that the first one they’re not expecting a result as they need to learn how your body’s going to react and how many eggs it will produce (which is a pretty expensive trial if you’re paying yourself!).  So, I was OK when the first cycle failed.  I thought, we’ve got two shots for free.

We continued on the journey, using our public treatment then funding it ourselves.  All in all, we had eight full cycles of IVF.  Unfortunately we only got one viable embryo per IVF cycle, so we didn’t have the frozen embryos for transfer that some people can go back to.  One cycle resulted in a chemical pregnancy.  I felt different and couldn’t understand why it wasn’t a positive pregnancy result.  That was hard.

I quickly learnt not to get my hopes up, because you’re going to get smashed quite quickly, and it’s bad.

Physically, I seem to cope okay with IVF and I think that’s helped me endure so much.  I can manage the meds, the egg collection and everything else without any major issues.  In saying that, I kept all my staff fully informed through my journey so they could be prepared for anything!  They were really on the journey with me.

After one cycle, maybe the fifth, I started to bleed and thought, I know what’s happening.  I called the nurse and told her what was happening – I asked if I can do the blood test now to confirm it, so that I can go and have a drink!  She called me later with ‘you can’t drink Sachie, it’s positive!’.  I didn’t really believe it.  I had built up such a barrier of resistance by then and wouldn’t let myself believe it.  I said, let’s wait to see if there’s a heartbeat.  But I didn’t really believe it until our little boy, Zach, was born.

In terms of coping, my business has always been a good distraction.  I tried to keep busy and not think about it.  Some days I managed to do this, and some days I didn’t!  My husband Nick coped well during the ‘crisis’, although some cycles hit him harder than others.  Nick is a planner by nature, and he must have felt helpless as he couldn’t fix the situation.

My advice to others?  Well, every person’s journey is totally different.  I would say do what is right for you – cry, take time off work (but don’t leave, as the distraction is good!), and accept that there will be ups and downs.  It’s a tough journey because you don’t know when, or if, you’re going to get a baby.  Don’t put your life on hold.  It would be easy to waste 10 years of your life; don’t deprive yourself of other aspects even though you are wishing for that child.

For us, it was easy to start fertility treatment, but harder to know when to stop.  After Zach was born, Nick asked if I wanted to keep going with it and I said yes, let’s keep going until my body says no.  I’ll know what that looks like when I get there.  And we did get there.  We had a couple of cycles where I was on the floor in pain, and I knew that it was enough and we needed to stop.  Nick told me that we have one healthy boy, and he didn’t want to lose me too.  Next stop – fur baby!

Infertility is a most distressing and disabling life event

The loss of one’s fertility and the dream of a family is similar to the death of a loved one, except that there is nothing tangible to mourn the loss of. We live in a world in which most people fulfil this dream, so infertile people are constantly surrounded by images of children and families, painful reminders of what they yearn for. Friends and family are often having babies at the time when they are struggling with the realisation that they have a fertility problem.

For more information for whānau and friends, click here. 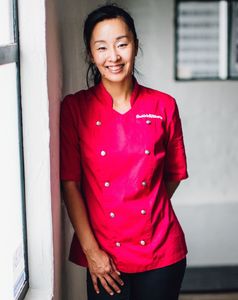 "It’s a tough journey because you don’t know when, or if, you’re going to get a baby.  Don’t put your life on hold.  It would be easy to waste 10 years of your life; don’t deprive yourself of other aspects even though you are wishing for that child".

Professor Cindy Farquhar from the University of Auckland and Fertility Plus will outline fertility treatment add-ons available in New Zealand clinics and factors to consider when planning your treatment.  She will also give an overview of current research she is involved in which is currently in trial at clinics. To join the webinar click here.

Any of us can face challenges building whānau