Where to get help

If it is an emergency and you feel like you or someone else is at risk, call 111.

I miscarried 4 times. I lost 4 babies. It’s hard to believe it even writing these sentences. The third one was a ruptured ectopic pregnancy where I nearly died on my 31st birthday. I don’t like to celebrate my birthdays anymore.

I get flash backs of the foetus, lying in its tiny plastic coffin, on the table next to me when I woke up from emergency surgery. Decapitated. But beautiful. Its translucent skin over the would-be eyes. Its little paddles of fingers not yet formed. My mother thought it was evil and told me not to bring it home. I did anyway and buried it under the lemon tree.

I had just started a job and was worried I might get fired within the probationary period for “taking too much sick leave”, which was how I got fired after my second miscarriage. The nurse told me to say it was “appendicitis” because a ruptured ectopic pregnancy causes internal bleeding much like appendicitis (and most importantly, men get appendicitis too). I did. But burying the pain made me explode years later. I questioned the whole concept of existence and my own reality. Did my children exist? People celebrate children’s birthdays but what about children who never made it? Friends tell me their ordeals in having a caesarean and showed me their scars. My caesarean wound is double the size of theirs (the surgeon needed to check the other tube as well). And yet I don’t have a baby. I’m reminded that I’m a failed mother every time I shower or use the toilet.

I lost that job a month before lockdown after a colleague told our manager the truth. Guess they can’t afford an employee who might get pregnant on them and take maternity leave. That’s always the intricate game women of childbearing age have to play with their employers. In April 2020 I found out I was pregnant again, with my one remaining tube. I thought maybe it was meant to be that I can only be a mum when unemployed. It was Mother’s Day and thought I’ll be a real mum next year. However, even that wasn’t the deal. I lost my 4th child during level 3 lockdown 2020. I remember feeling alone in my grief while lying on the hospital bed waiting for the final scan. I kept shaking and tears flowed out of my eyes like a slow tap, soaking my mask. I’ve lost control. I’d lost my job and my baby. I was at a loose end.

Depression after miscarriage turned me into a shell of a person. I was a shadow, frightened of living. I wanted to meet my kids on the other side of the veil. I’m grateful to my friends who visited me (sorry I couldn’t even make coffee for you!). It took a lot of self-funded therapy to help me function normally again. There was no psychotherapy support for women like me who was living off her savings while her husband’s income just covered the mortgage. I found out that we would’ve had to sell our house and live on the streets to be eligible for government help. I’m lucky I was strong enough to seek help from Fertility NZ. Hearing other women’s stories helped. Especially knowing that happily ever after doesn’t always end with a living baby.

I’m still childless, in this world. I tell people I have 4 children and they are all in heaven. I have a job now and we’re going through IVF. It doesn’t mean I won’t miscarry again, but I know I’ll have support if it happens again. I’ve recently read that “all advice is autobiographical” so I won’t give people any advice. I’ll just tell them my story. That way, we can acknowledge the existence of my children’s lives, albeit fleetingly, together. 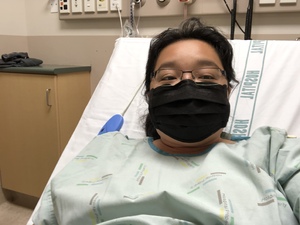 "I remember feeling alone in my grief while lying on the hospital bed waiting for the final scan. I kept shaking and tears flowed out of my eyes like a slow tap, soaking my mask. I’ve lost control. I’d lost my job and my baby. I was at a loose end".

For more information on fertility in the workplace, click here.

Joining a local group can be immensely helpful in normalising your experience and feeling less isolated at a time when friends and family may be unaware of the situation, or unsure of how to be supportive.  Fertility NZ has a network of volunteers who have ‘been there’ and understand what you are going through.

Infertility is a most distressing and disabling life event

The loss of one’s fertility and the dream of a family is similar to the death of a loved one, except that there is nothing tangible to mourn the loss of. We live in a world in which most people fulfil this dream, so infertile people are constantly surrounded by images of children and families, painful reminders of what they yearn for. Friends and family are often having babies at the time when they are struggling with the realisation that they have a fertility problem.

For more information for whānau and friends, click here.