My husband and I had been trying to conceive for 3 years. We decided to seek help from a fertility specialist in August of 2020.  We privately funded a consultation with a specialist Royston Hospital in Hastings, where a specialist from Wellington holds monthly consults.

That same day we had a diagnosis of unexplained infertility, due to already undergoing multiple blood tests through the GP for estrogen, progesterone, AMH and more, that we got the most out of our appointment and left that day with an action plan and a script to start ovulation induction.  As I already ovulated on my own this was basically to put my ovaries in hyper drive and hopefully lead to pregnancy.

Then we hit another road bump, I was due for a Rubella booster, which meant I was not allowed to try to get pregnant for 4 weeks as there can be huge birth deficiencies associated. This took a mental toll on me and made it feel as though we would never conceive, especially after already trying for so long and then being told you’re not allowed to get pregnant this month.

Throughout November and December, I began taking Letrozole, however had to switch medication after experiencing horrible side effects including dark thoughts. After a failed cycle in December, we were referred to Wakefeild hospital in Wellington where I had a procedure called Hysterosalpingography (HSG) this procedure was to ensure both my fallopian tubes were open and working as they should. This was another expensive milestone in our journey with the test itself costing $500, fuel to Wellington and a night’s accommodation was an added stress we just didn’t need.

HCG was a horrible experience and took much longer than planned however revealed both tubes open but also found I have a tilted uterus. I then begun to take Clomiphene 50mg for the next cycle and due to having a tilted uterus was advised to try with a pillow under my hips.

In January of 2021, we were able to conceive late January. Everything was going well and soon arrived my 8-week dating scan, however at the scan they couldn’t locate a pregnancy sac abdominally so an internal was done where they found the embryo growing in my left tube. 6 hours later I was in emergency surgery having my tube removed. We then had a 6 week wait for my body to recover and my cycle to return, we have since been trying to no avail.

Experiencing infertility is not just a physical matter.

It brings with it profound emotional stress. It is a life crisis, which represents a threat to people’s plans, hopes and dreams. A sense of life ‘being on hold’ is common and making decisions about other aspects of life often becomes extremely difficult. Anger, frustration and resentment are also common responses to infertility. Angry feelings can emerge as a result of loss of control and the loss of choices that seem so readily available to those who conceive without awareness or particular appreciation for their pregnancy. To read more about coping strategies, click here. 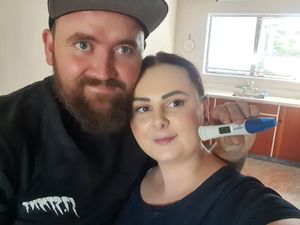 ...had to switch medication after experiencing horrible side effects including dark thoughts...

The cost of infertility with Dr Greg Phillipson, Fertility Specialist and Board Advisor, Fertility NZ.
Dr Phillipson covers the ins and outs of public funding and how private funding works alongside public funding. To join the webinar, click here.